Alpha 3 is here! It changes a lot of stuff, including tweaks to the fundamentals to streamline a bunch of systems while making them more intuitive and flexible to use. But fancy pictures first!

Firstly, the cover art is new complete! It really just speaks for itself, it's so good! Morrighan Corbel really knocked it out of the park, go check out her work, everything she does has an unnerving haunting quality to it, which made her a perfect fit for this. 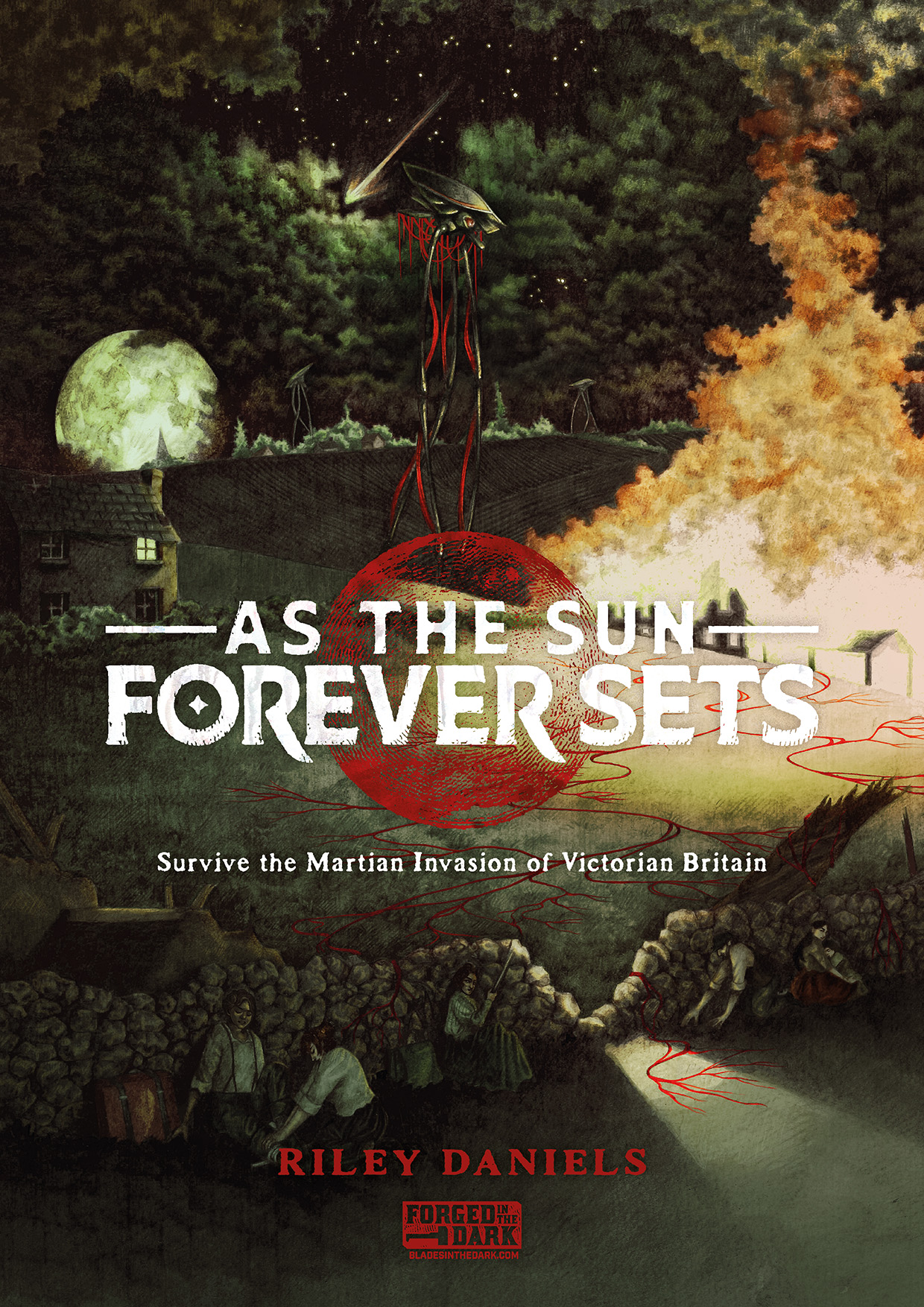 Secondly, the sheets have all been tweaked and redesigned, with the rules reference sheets completely redone to make them more useful during play whilst also being a lot clearer. 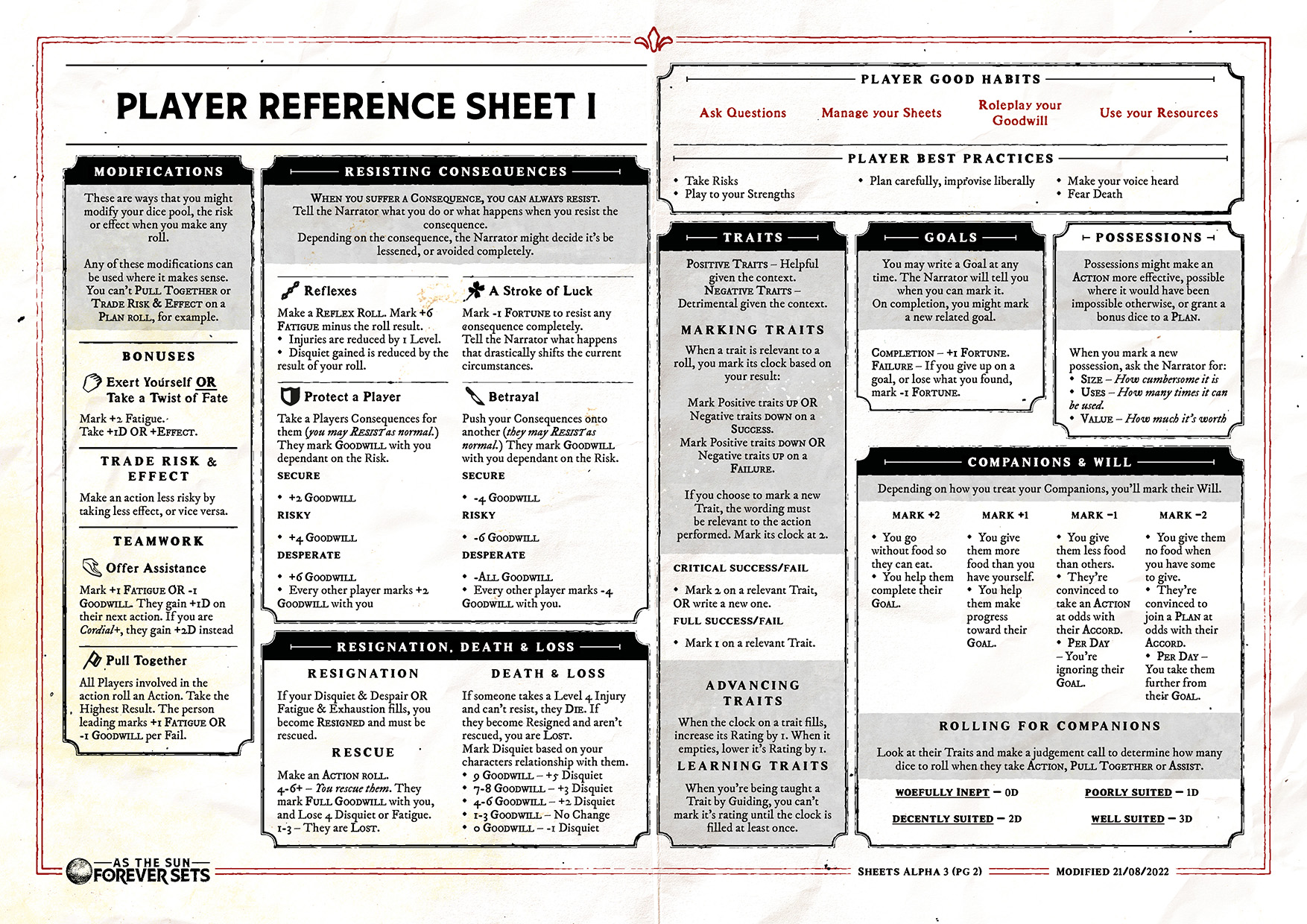 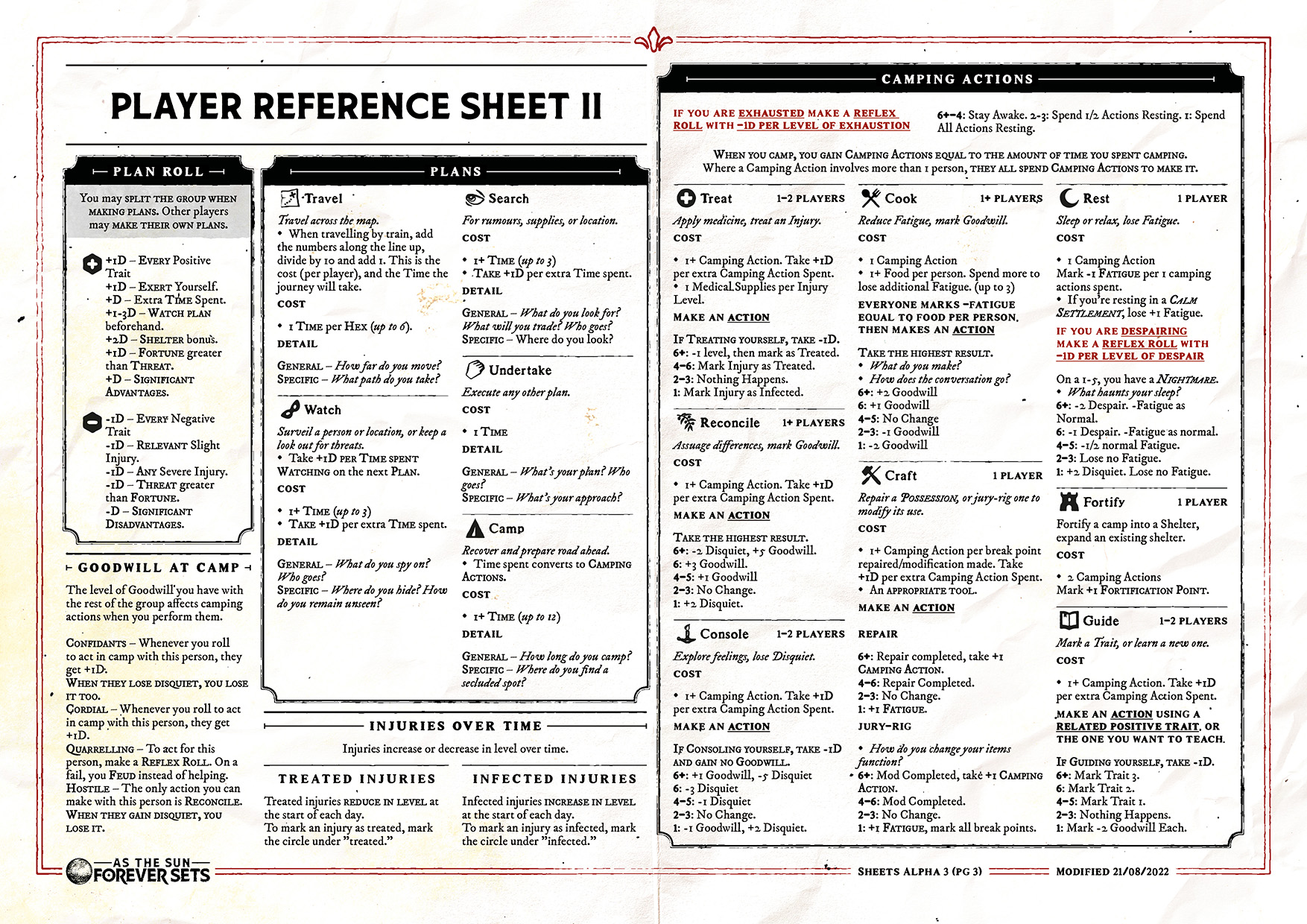 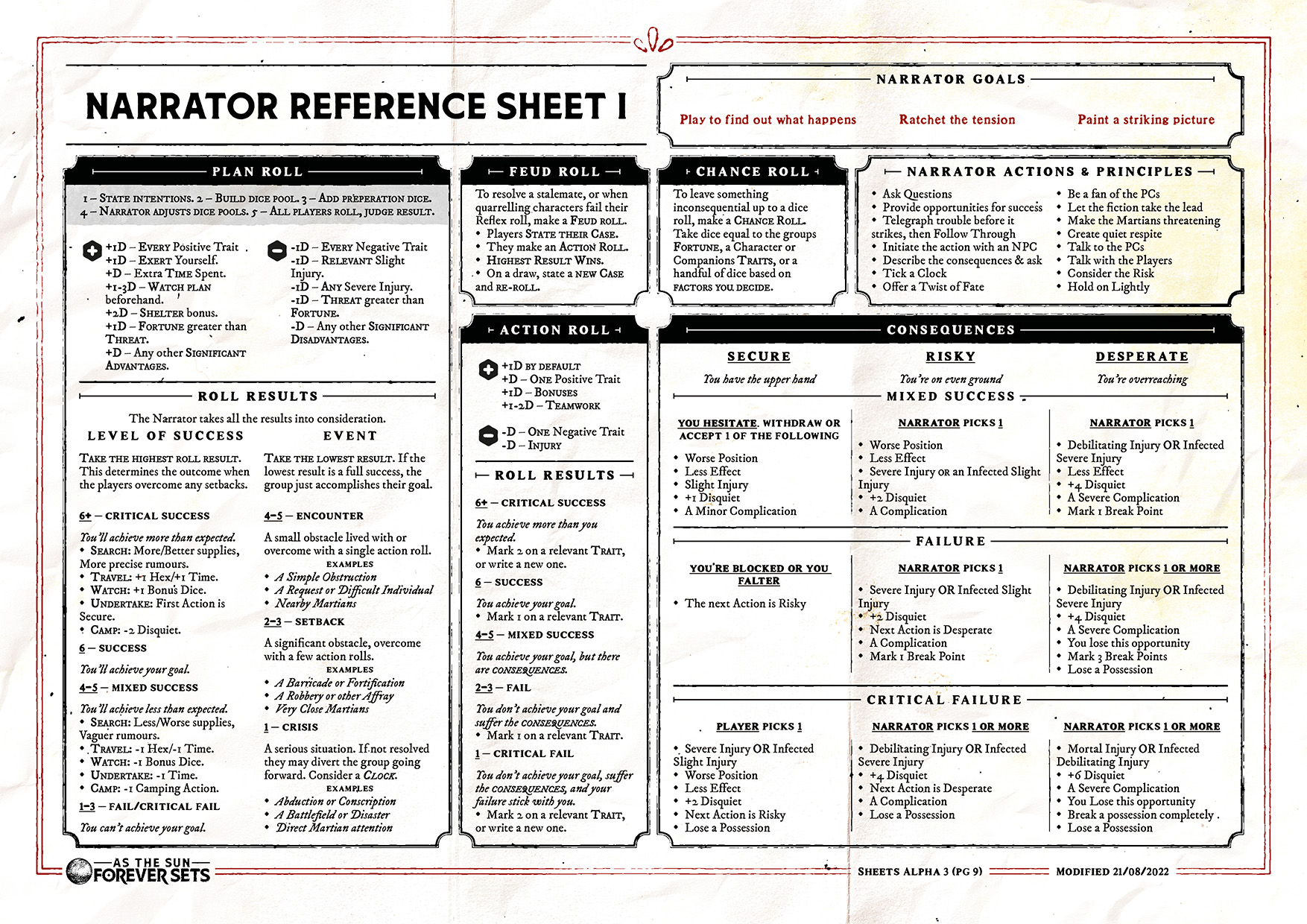 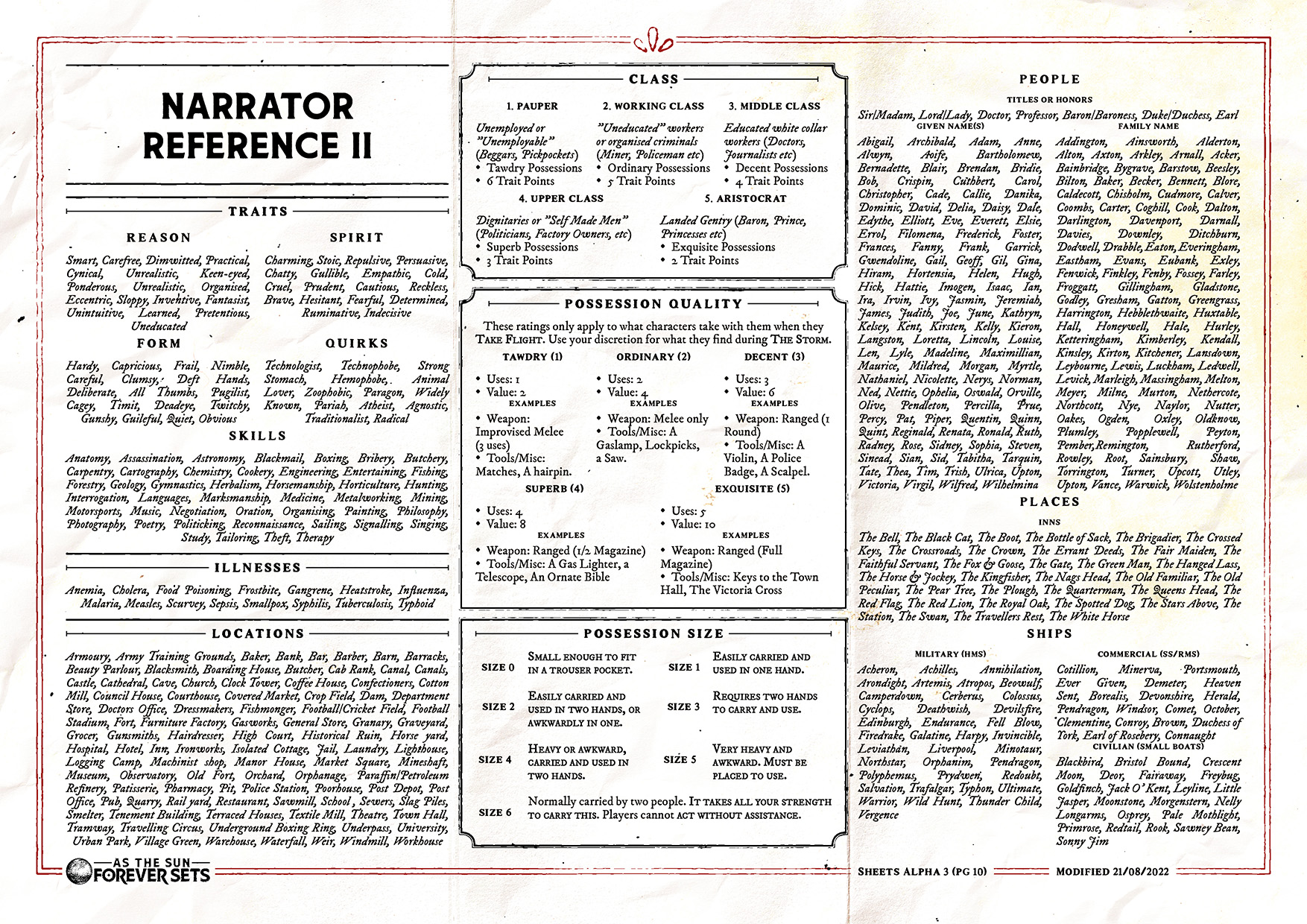 Finally, there's a whole new reference section in the back of the book, with a bunch of tables for creating Characters, Events, Locations and the types of things you'll find in them. 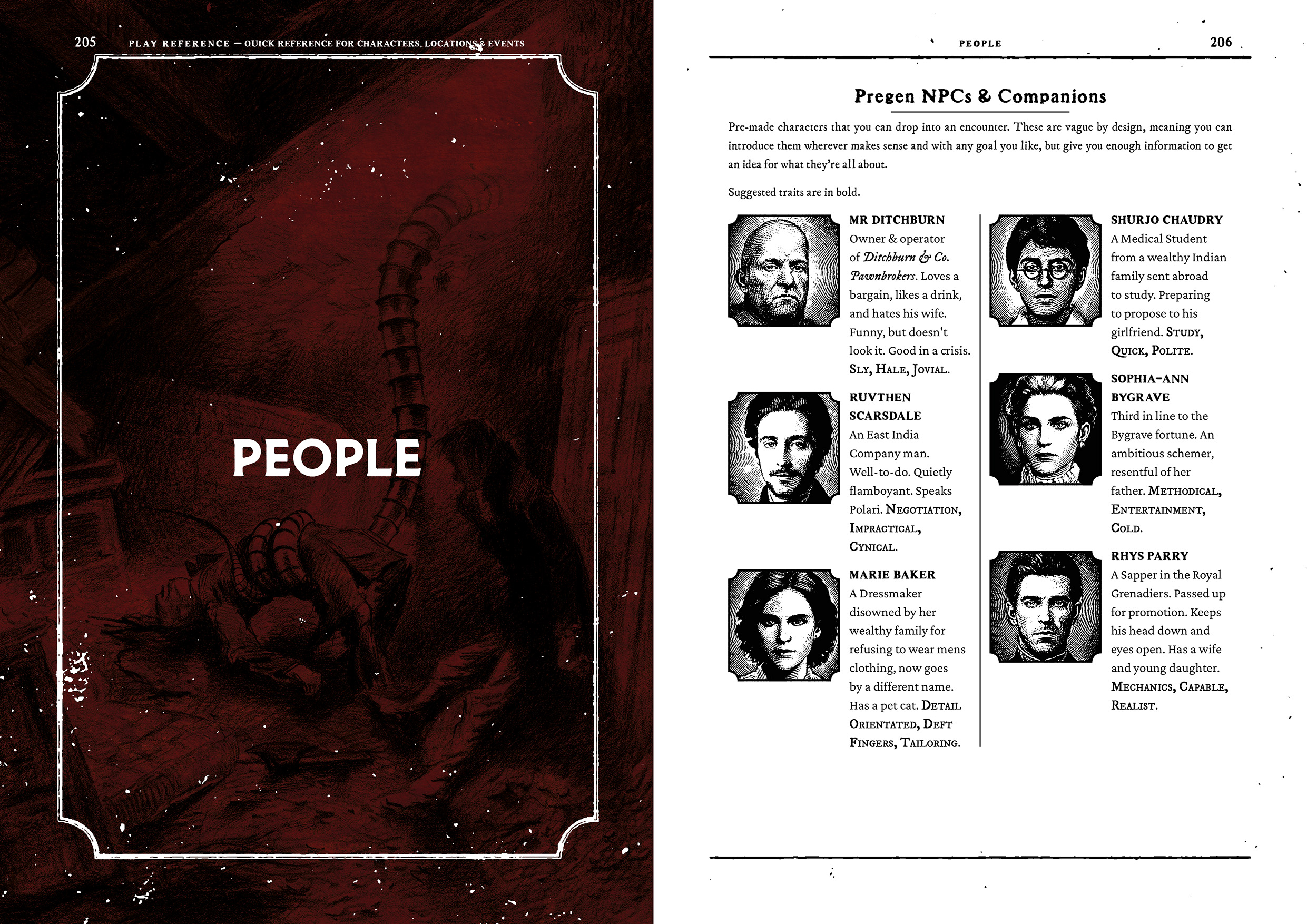 The Storm & The Group

As always, come join us on the Discord if you wanna learn more or find people to play with! I'll be organising a game or two in the future, as well as workshops on how to run the game.