As the Sun Forever Sets is a Survival Horror Hexcrawl about interpersonal conflict and survival, inspired by The War of the Worlds. We play a group of ordinary Victorian people embroiled in the chaos of the British Empire, as it collapses under the overwhelming weight of an invasion from Mars. After 15 days, the Martians succumb to the micro-organisms of Earth – long eradicated from the Red Planet. You must survive until then.

The end is all but certain and the day cannot be saved. You’ll live your everyday life until everything falls apart, then struggle to survive the unfolding war until you escape, die, or it all ends, leaving behind a changed world.

Beyond survival, each character has their own goals and motivations. Are you aiming for a way to escape this cursed island? Are you building a shelter to ride out this unwinnable war? Do you have a mission ‒ something so important that it must be completed, regardless of everything? Maybe you're driven to rescue something important, or someone dear? Maybe you're writing a book about all of this. We play to find out what happens.

“How incredible that it is the beginning of the new century! Scarcely one year ago I, like many of you, was a citizen of the largest Empire humanity has ever built; a fact that prior to the events of that darkly metamorphic June, had flitted in and out of my mind as thoughtlessly as the state of the weather. Like you, I now stand in the ruin of that collapsed Empire, remembering the days during which I lived in flight and terror; remembering what it was to count life by the second. For all the unspeakable death and horror the Martians wrought in those 20 short days, perhaps we should be grateful for the harsh lesson in humanity; the seemingly miraculous chance to see the cruel nature of our ways, and the opportunity to mend them. Once those dread invaders fell, it is inconceivable that one could look upon a crowd and not feel gratitude for each individual person in it; to not think ‘How wonderful it is, the breadth of experience in human life!’ Where once we may have looked for weakness and profit, we must now see the inherent value of life itself, in all its forms; we must uplift and protect one another. And in doing so, we shall better the whole of humankind."

A selection from a pamphlet published July 1900, entitled “The New Century - A Year of Relief from Martian Terror.” - Author Unknown

Marley talks about As the Sun Forever Sets on the Inside the Table Podcast (0:26:24)

As the Sun Forever Sets is currently in development, and aspects of it are subject to change based on playtesting, and feedback from people who purchase it.

The game will be 50% off until the full release.

There is no set release date for As the Sun Forever Sets. However, the game is fully playable, largely feature-complete, and everything you need to play is included.

Your purchase entitles you to all future digital versions of the game.

As the game is a work in progress, these are subject to change based on playtesting and feedback.

Here's a few of the bigger things I'll be doing in future versions.

If this project is popular enough, here's a few places I'd like to go with it. It's a wish list, not things that'll definitely happen.

Interior Illustrations by Alvim Corrêa from the 1906 edition of The War of the Worlds by HG Wells.

In order to download this TTRPG you must purchase it at or above the minimum price of $10 USD. You will get access to the following files:

Support this TTRPG at or above a special price point to receive something exclusive.

Get a Copy & Donate to the Pool

Pay an extra 25% to get a copy of the game and donate a copy for someone else to claim!

If you're a member of the Forged in the Dark community, or are unable to afford to purchase a copy (for whatever reason) you can grab a copy of the game for free.

If you want to contribute something but can't afford full price, please consider leaving a tip or a review!

Community copies are unlocked by people paying a little extra to donate them to the pool. I update them at the end of each month!

Are the PCs required to be British, or can they be Americans traveling abroad?

No, they can be anyone!

I didn't know how badly I wanted to see the British Empire fall until I read this game. Playing it gave me the same sort of schadenfreude I experience when the wealthy fuck up in public. As the Sun Forever sets is an absolute triumph, and I cannot wait to see what comes next.

So i've been on a FitD reading binge, and stumbled across this... it's crazy to think this is still in alpha as the graphic design is so slick: stylish and clean! This alpha is better-looking than most completed games out there!

I've only skimmed so far, but the vibes are pulling me in and setting the right grim mood. Just looking at the play sheets, it's saying old school hexcrawl + Rimworld/Fallout Shelter, all harmonised through FitD-style rules. Excited to dig in!

the Miro link is really cool!

It's been a great way to run the game online, I'm glad you like it 😄

I'm always so thankful when games have great online tools

Is there a discord I could join for this game? I'd love to discuss it with others

Yes! You can find it here!

I picked this up in the Ukraine bundle and I have to say it's my favorite of the set so far. You really have something special here and it comes through in the writing, mechanics and the design.

I can't wait to give it a play

Thank you so much! Let me know how your game goes 😊. 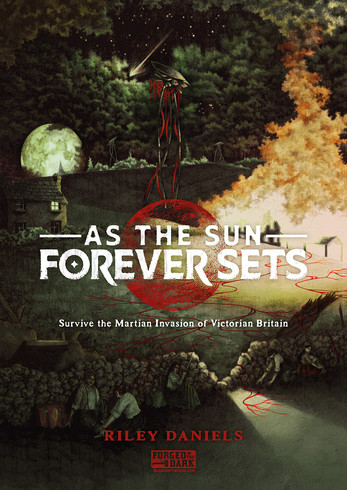 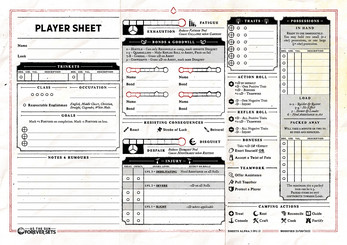 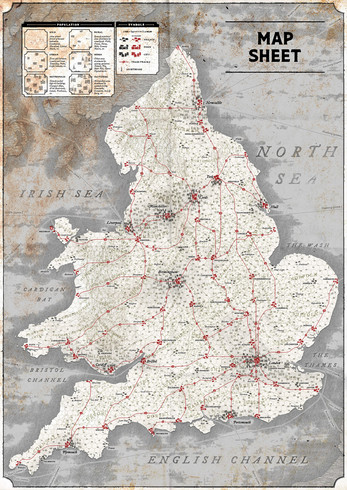 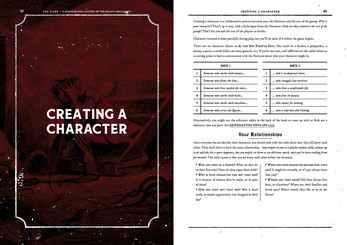 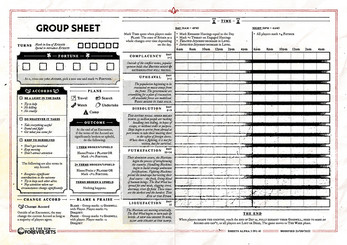 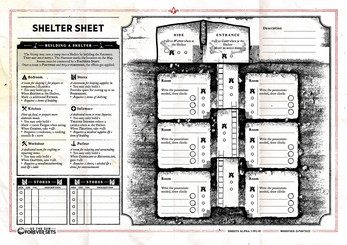 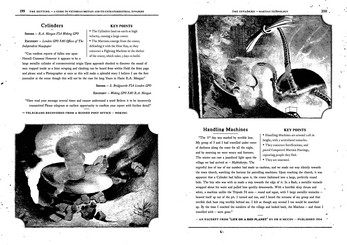 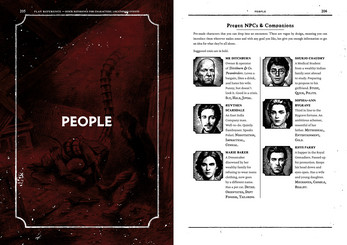 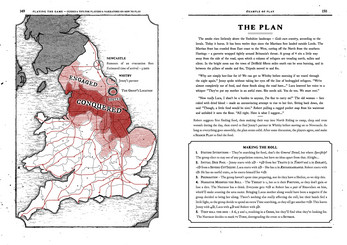