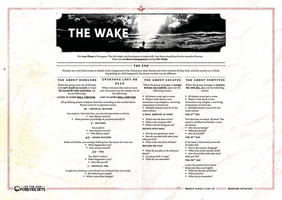 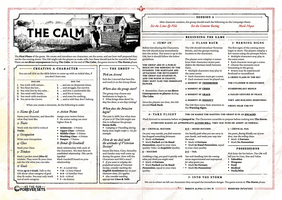 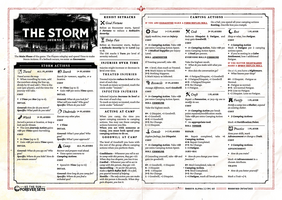 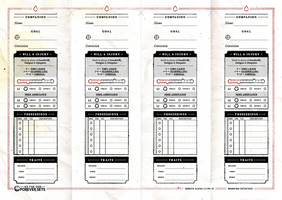 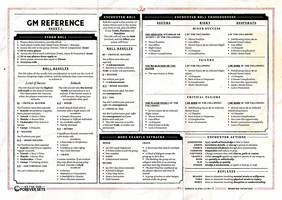 Alpha 2.2 is here! This update makes a lot of gameplay tweaks, particularly to Character Creation and the core gameplay loop, based on the past 4 months of playtesting. This is a big changelog, so be warned.

It includes a completely reworked Prologue and Epilogue, making the beginning and the end of the game way more freeform and fun. 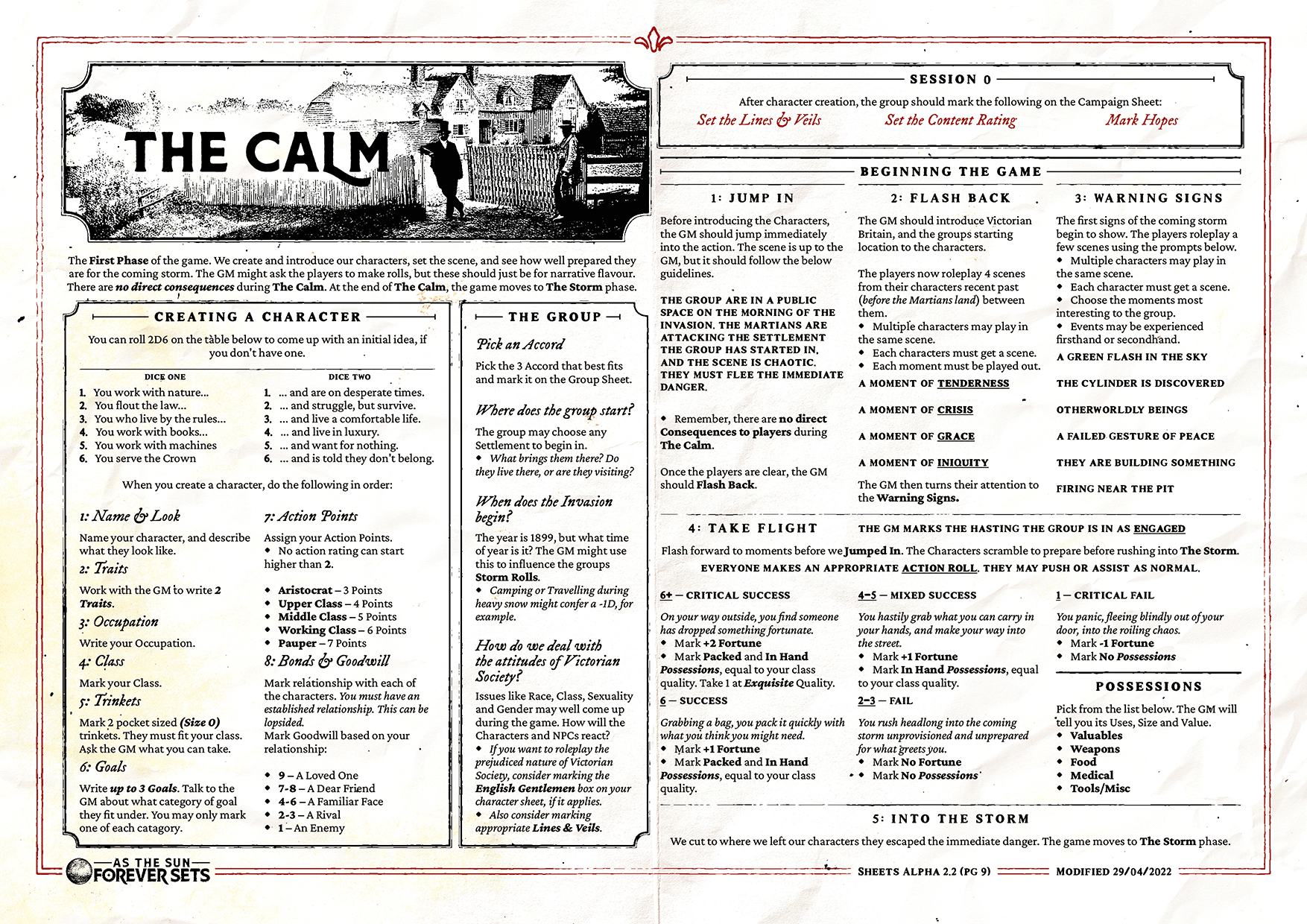 Along with these, every sheet has been reworked to make things clearer and nicer looking, and I've added a bunch of reference sheets to make playing the game quicker and easier. 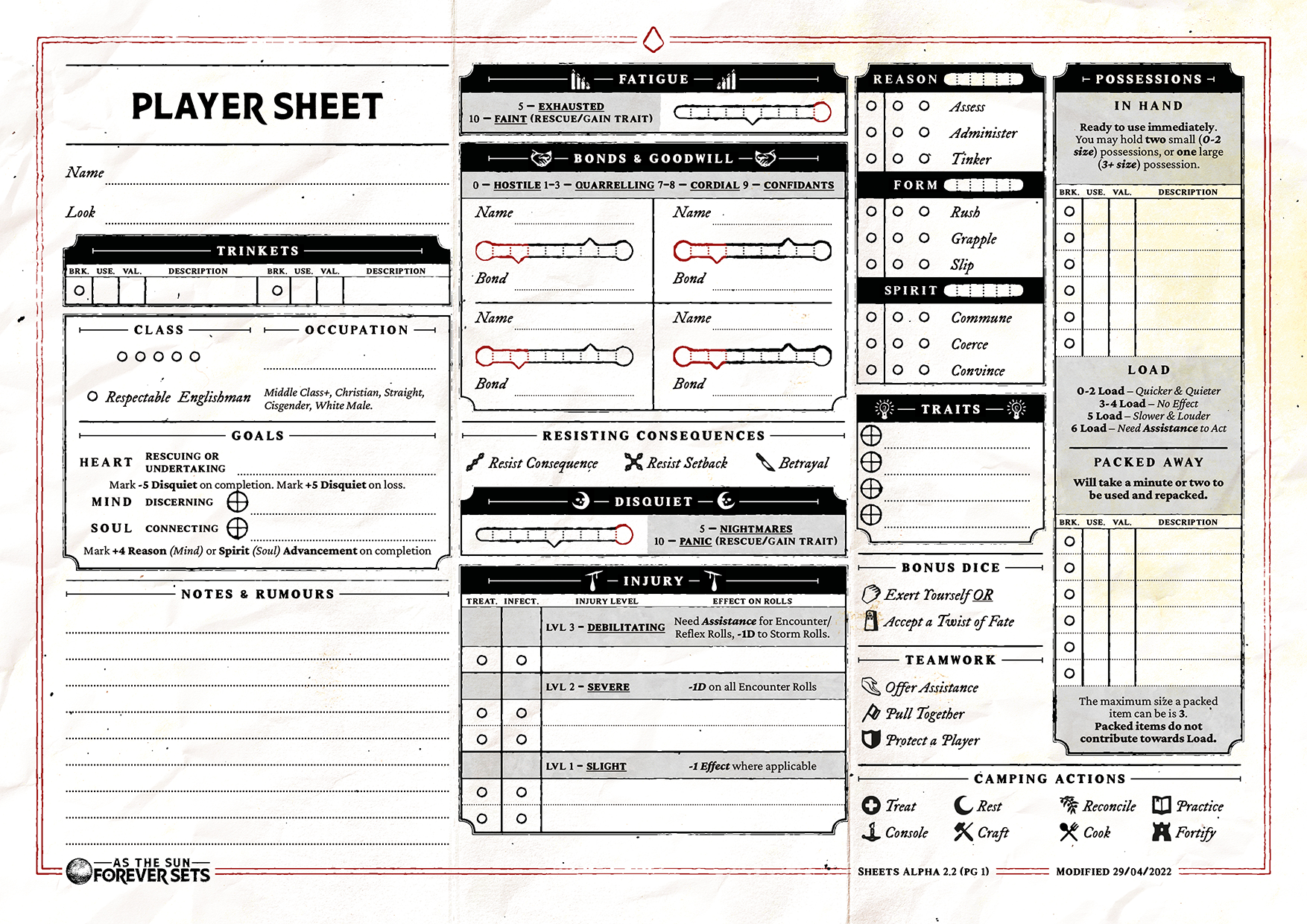 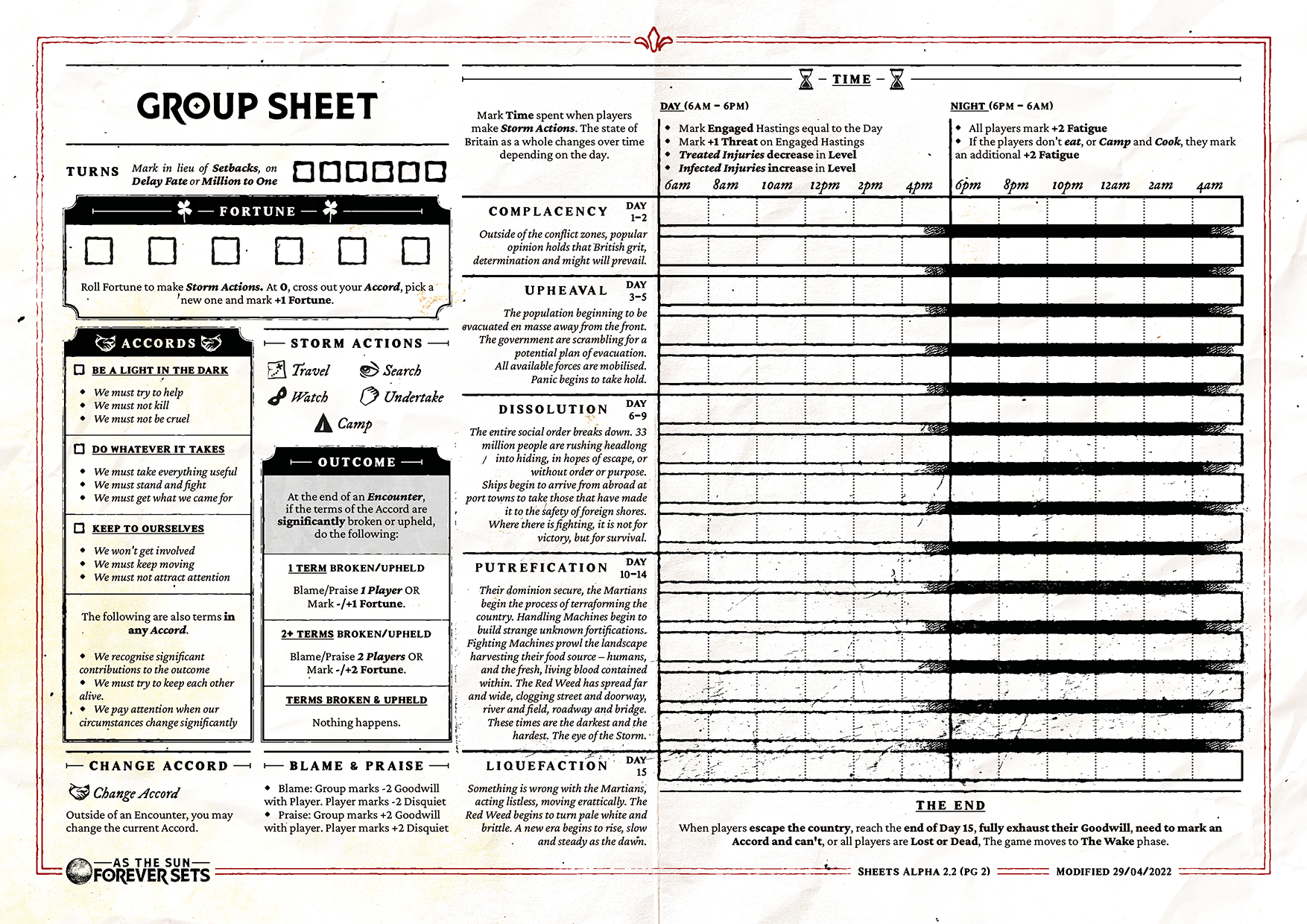 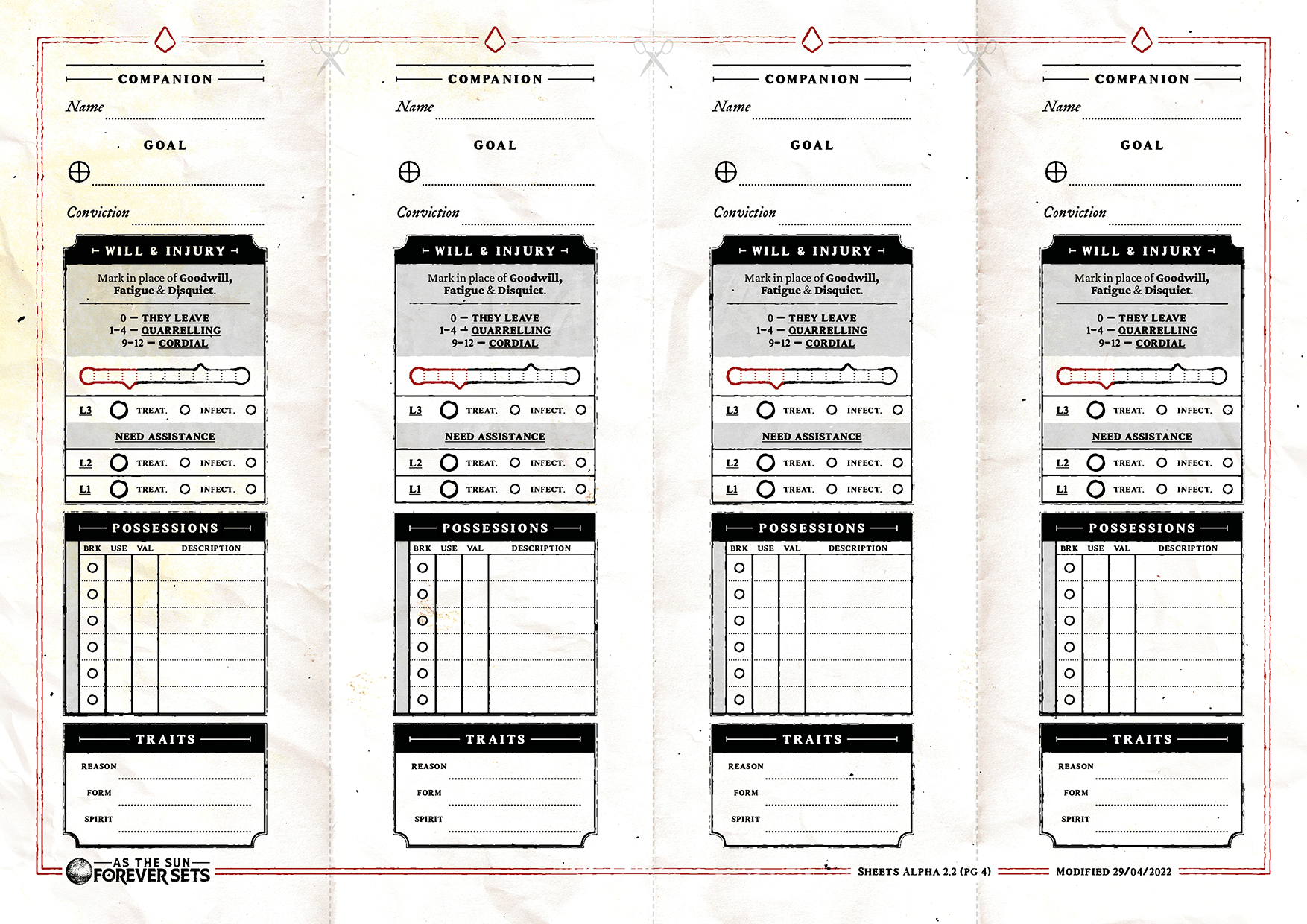 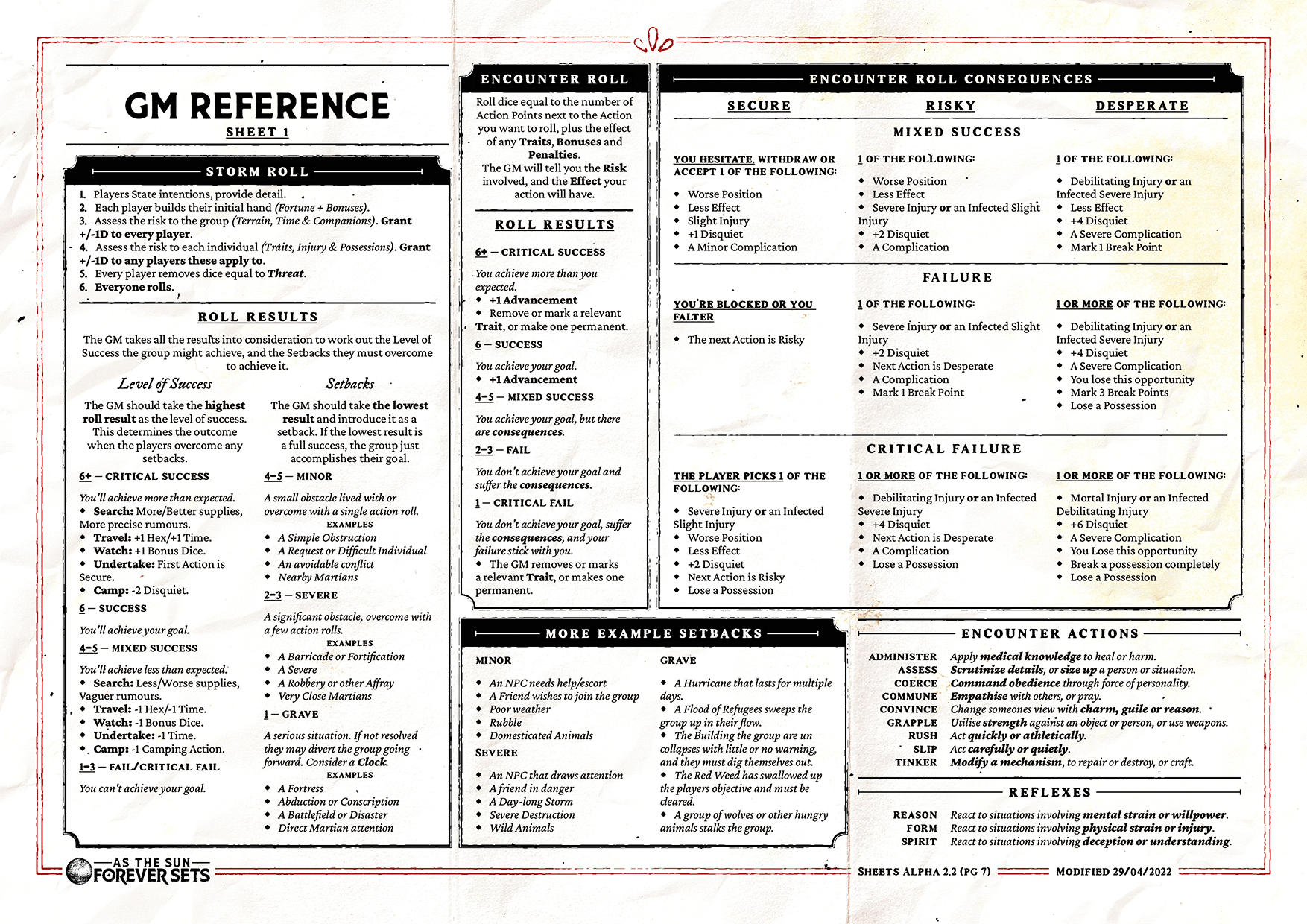 The PDF in this version contains a link to a Miro board made for playing As The Sun Forever Sets over Discord (or other voice chat apps). It contains all of the sheets ready to use. Miro is free, so all you need to do is make an account. 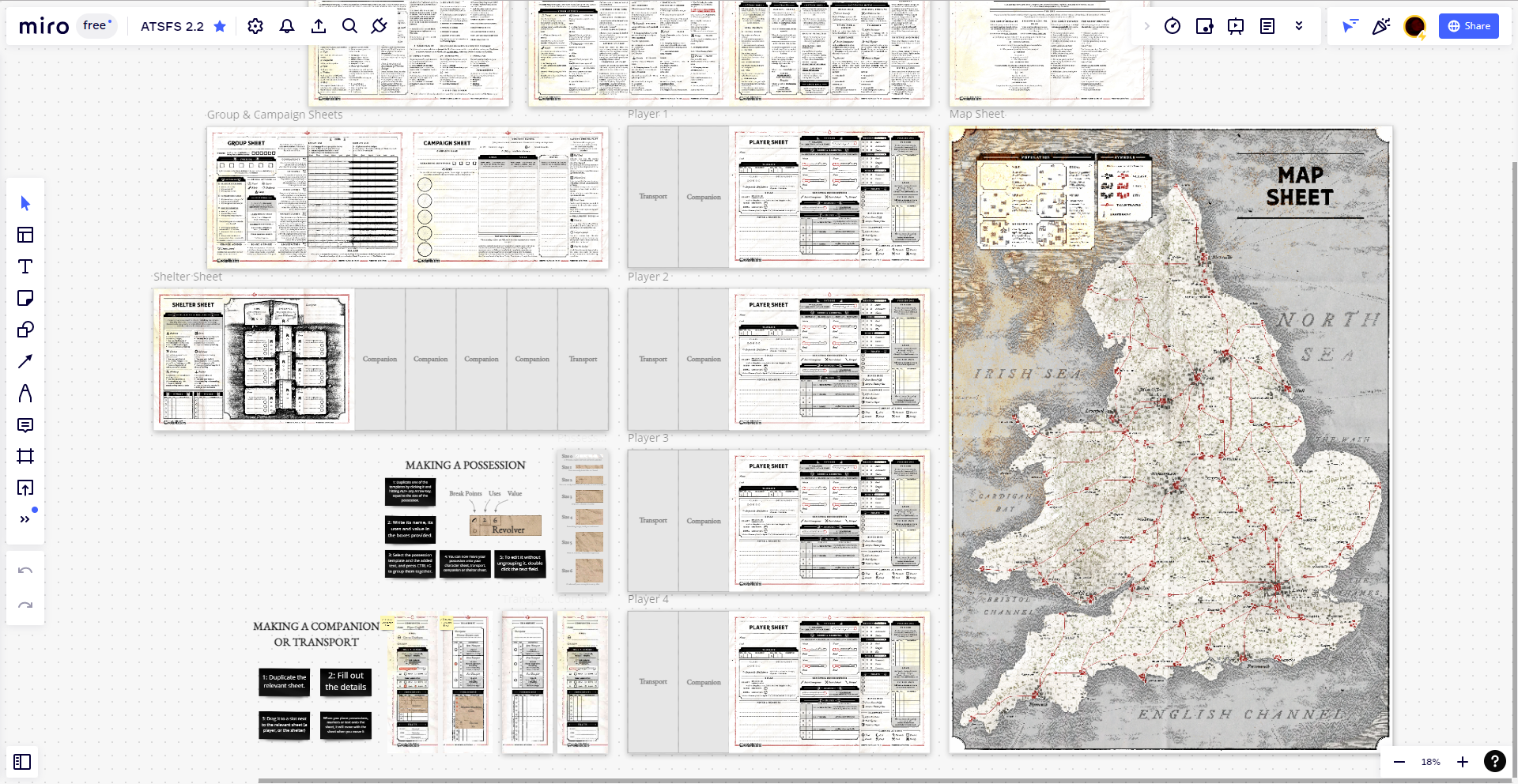 The Rules PDF has also been uploaded as Singles, as well as Spreads. The new sheets have been uploaded without background graphics too, to save you some ink if you're printing them out.

The ways players can resist setbacks have changed: