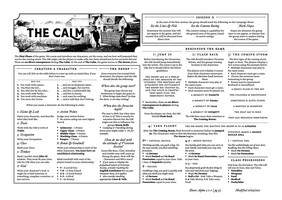 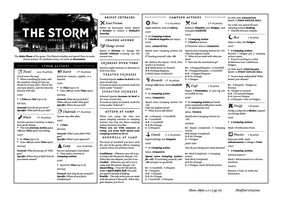 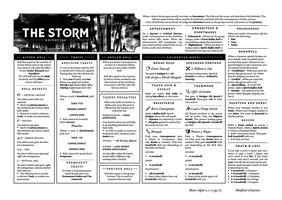 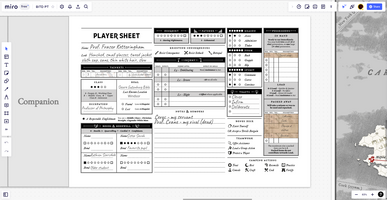 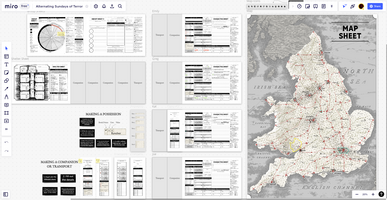 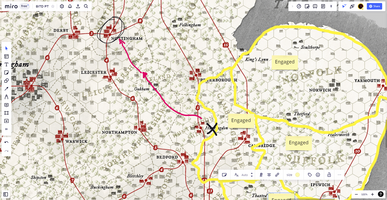 Hey everyone! It's been a while (again)! Here's an update on where the game is at, and updates some of the previous things I've been posting about.

The game is being heavily playtested (I'm currently running 2 weekly games) and revised a whole bunch. It's been really useful (and genuinely quite a lot of fun) to see how different people have been approaching the game. Some of the bigger changes that I've made so far have been:

There's a bunch more, I'll be posting a full changelog when 2.2 releases.

One of the first things that's made it easier to run and revise the game quickly has been the creation of a bunch of Reference Sheets for the various phases of play. Here's some of the in-progress sheets for The Calm (formerly The Prologue) and The Storm (formerly The War) so you can see what I'm talking about. If you find a spelling mistake, you win a prize (the prize is I get a headache.) 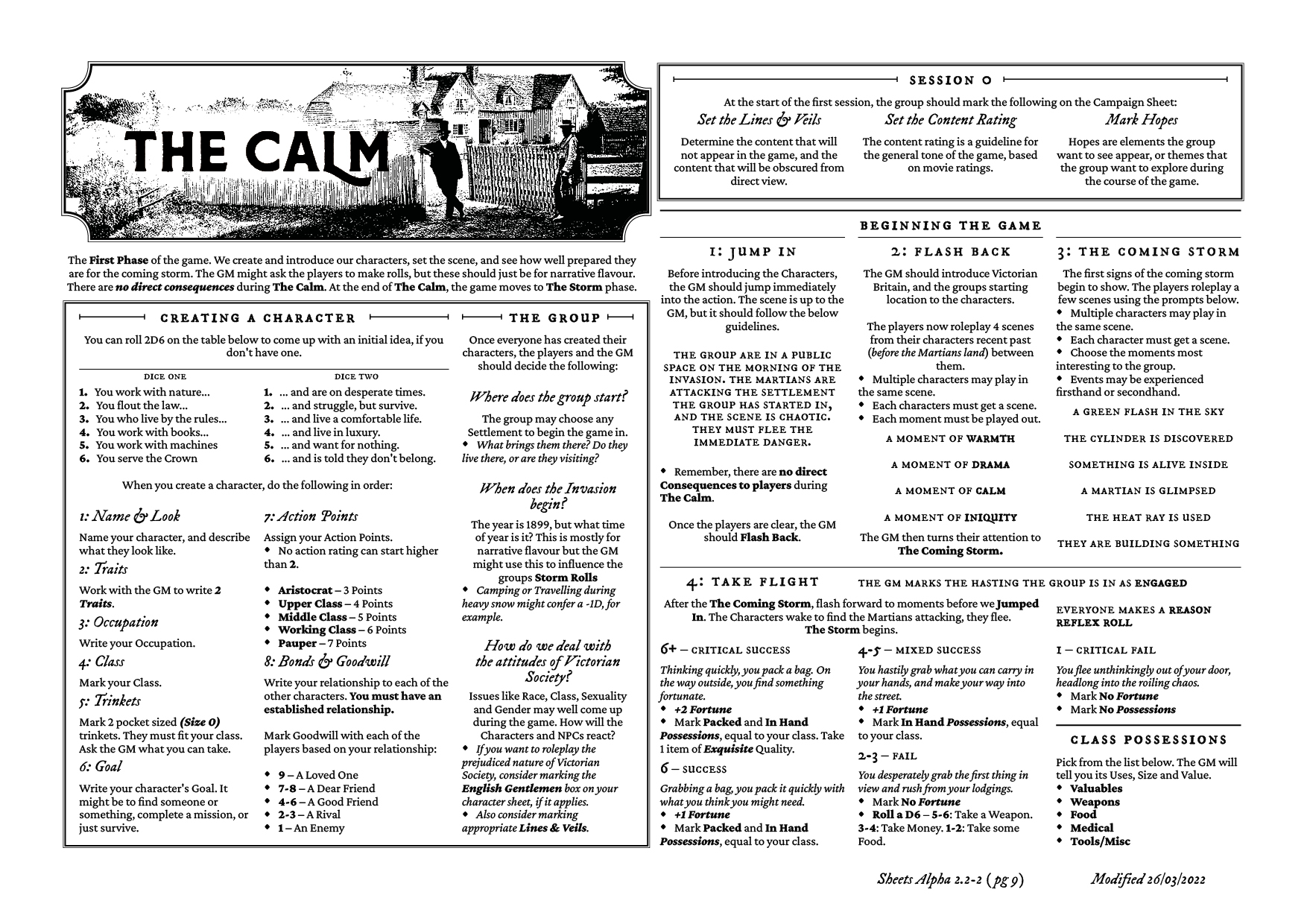 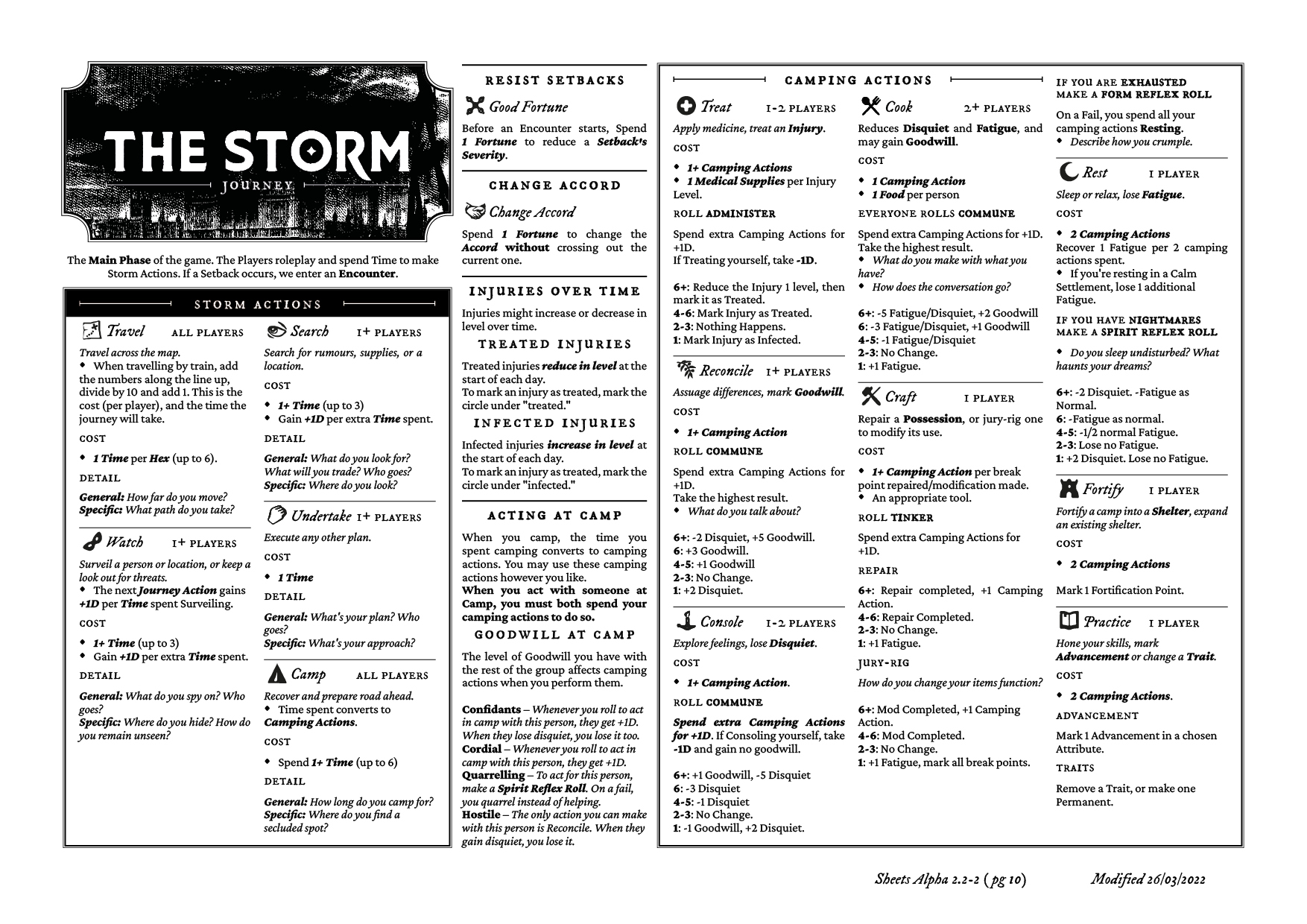 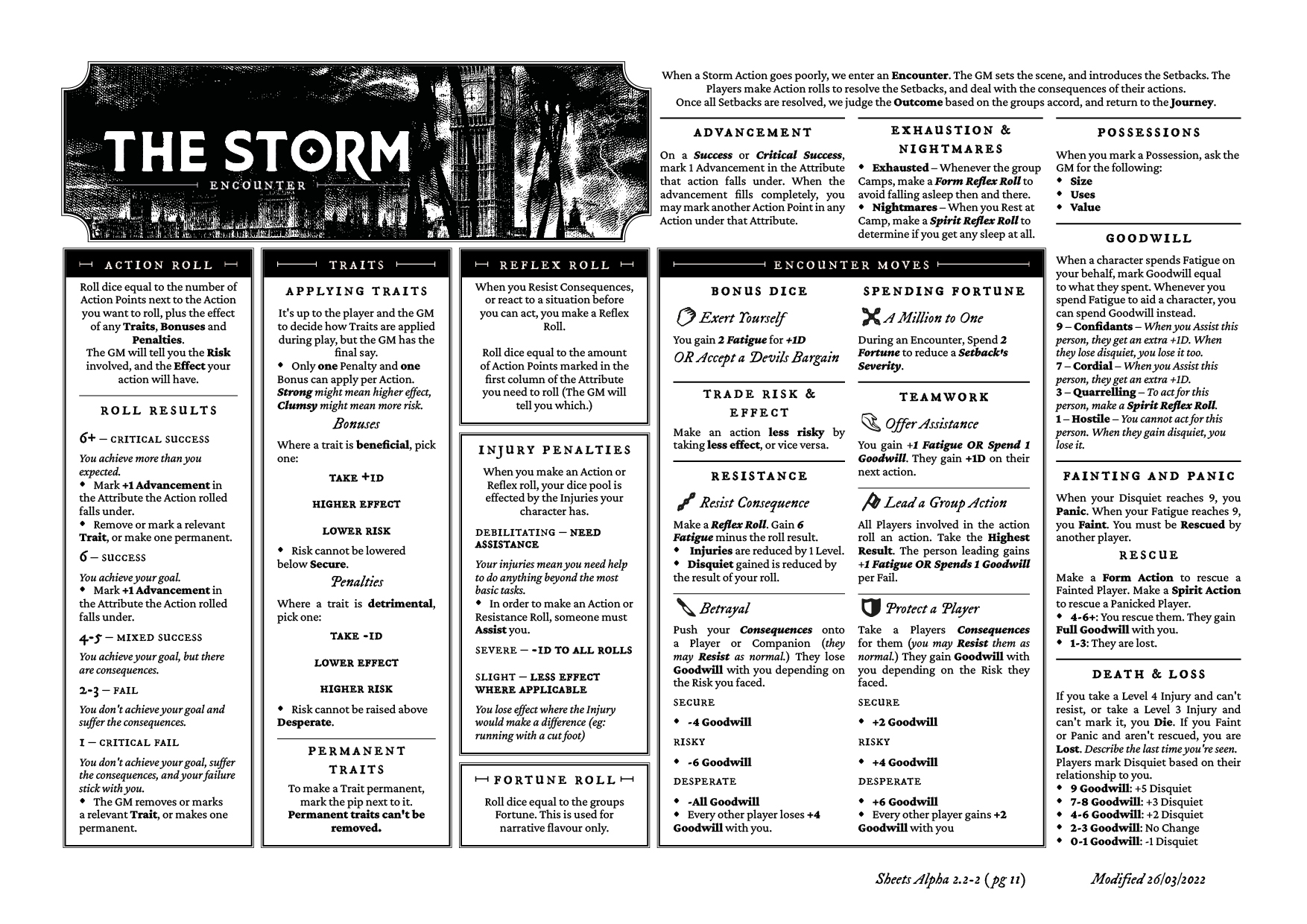 You can see some of the changed mechanics, and hopefully you can appreciate how they might make running a game much easier! Speaking of...

I've been working on making an online playkit using Miro. It's a really flexible whiteboard app that does all sorts of stuff that makes running an online game really easy (and I don't have to grapple with Roll20 or FoundryVTT!) There's some paid features which are neat, but everything you'll need to play As the Sun Forever Sets is available in the Free version.

You can read this really great article by Ema on how she's used Miro to build an online playkit for Crescent Moon (another amazing Forged in the Dark game), and how to use Miro itself. When Alpha 2.2 releases, the first page of the PDF will have a link to a Miro board which you'll be able to duplicate, letting you play your own games using the tools provided.

Here's a few screenshots from the playtests I've been running: 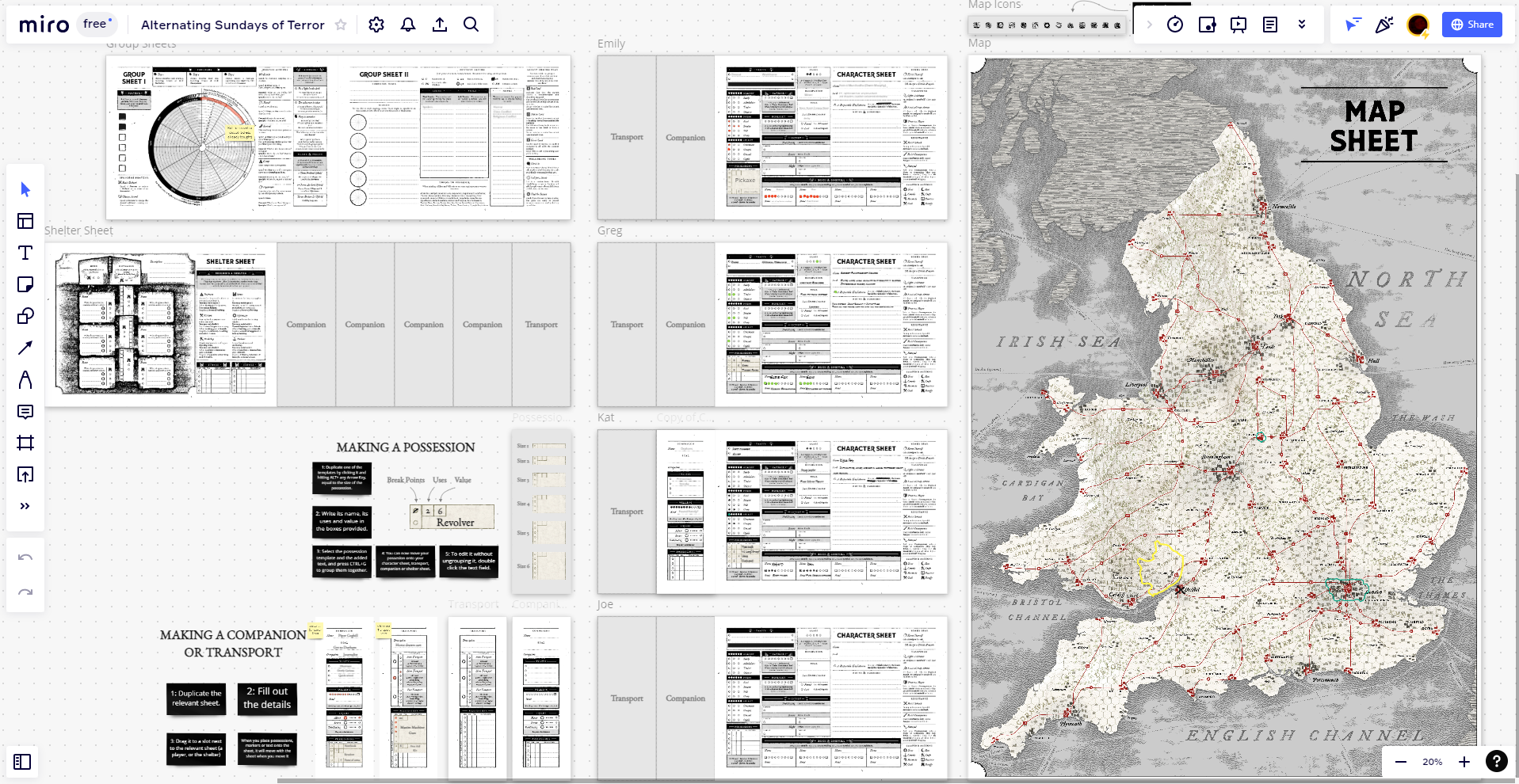 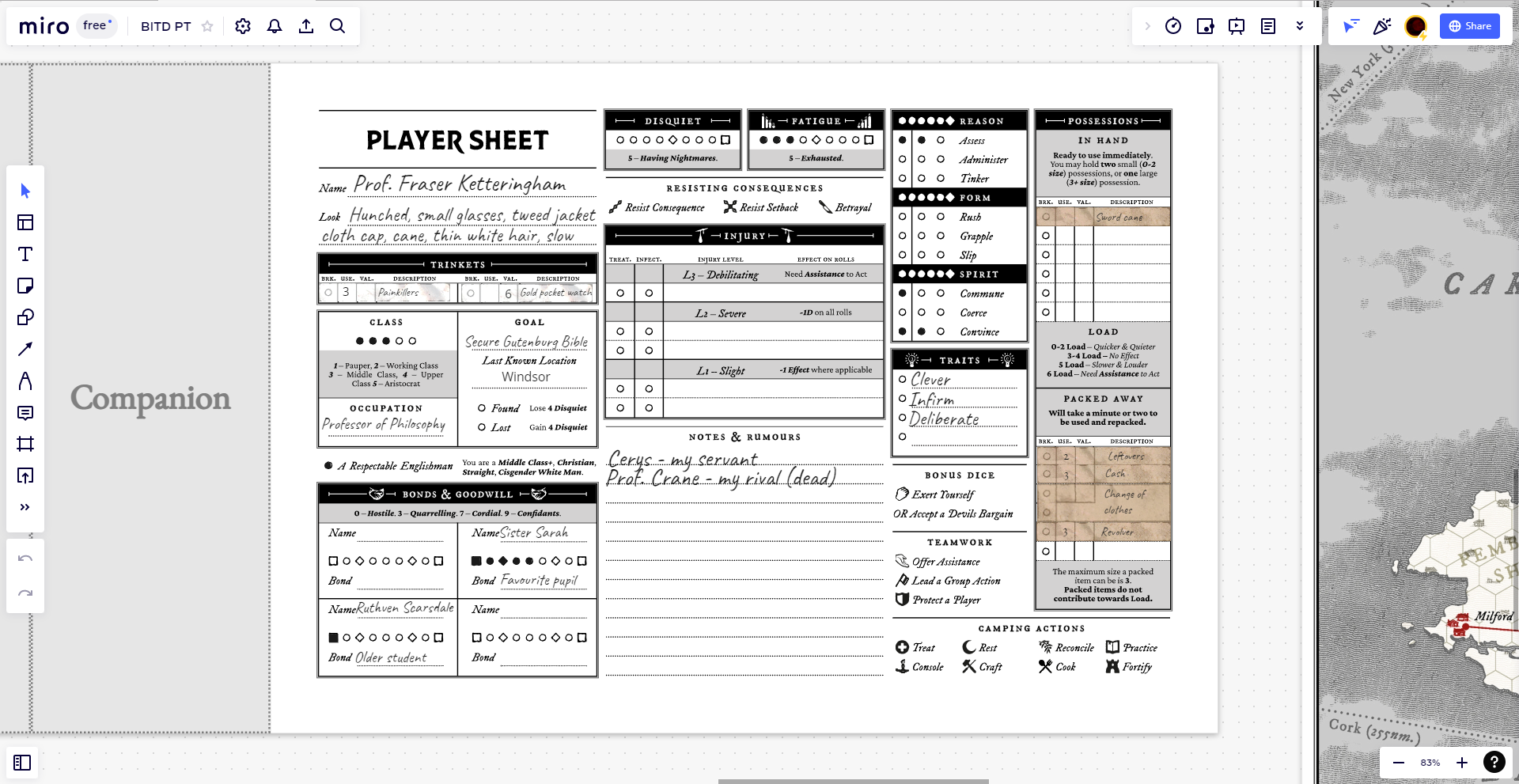 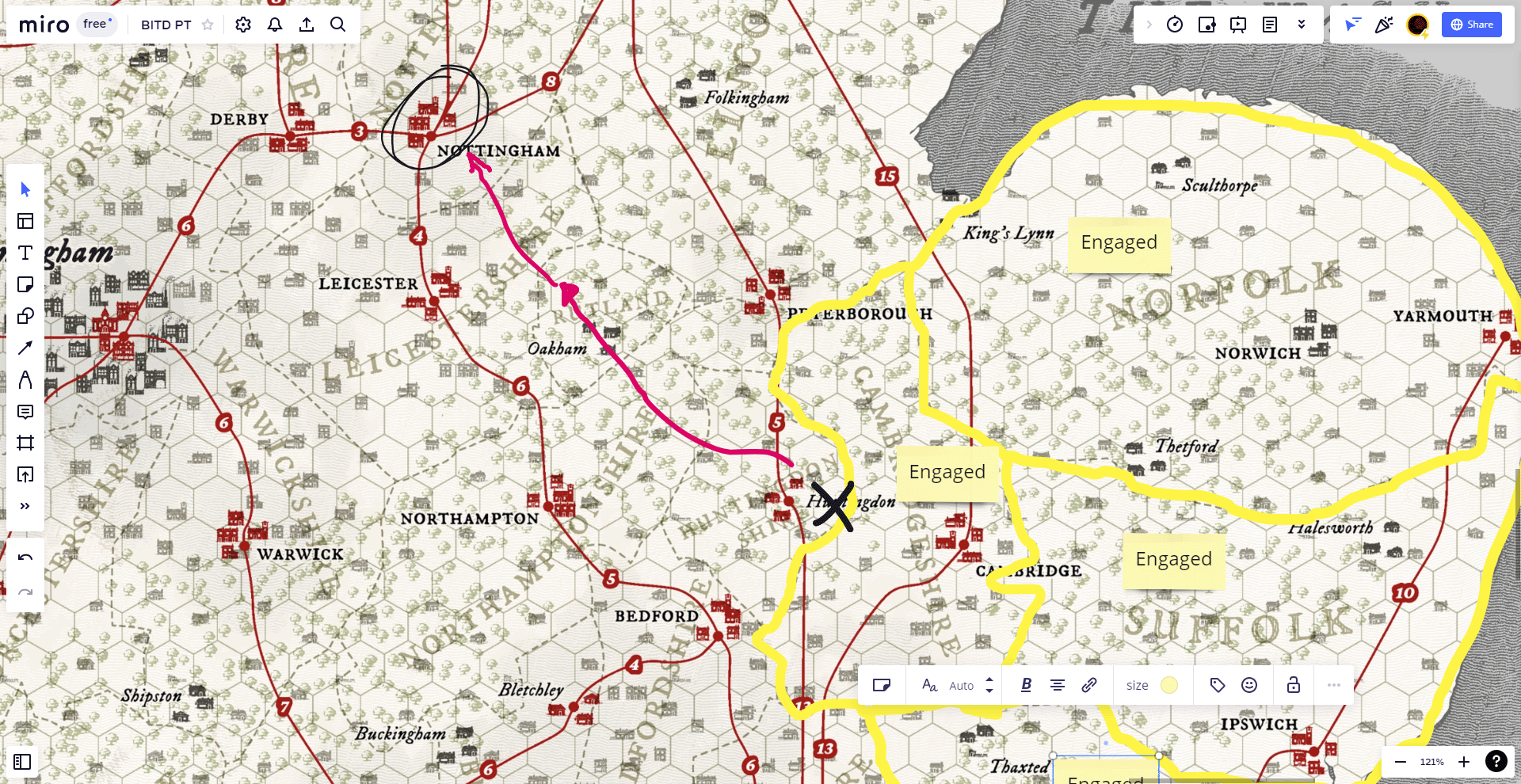 I have some cool ideas about player handouts using this system too, so we'll see what happens.

With the amount of revisions to big parts of the game, I've decided to delay the Quickstart until the game is in more of a solid state. This will probably be when the game enters Beta, where there'll be no real major changes left to do, and it will just be refining what's there.

Obviously, there's still community copies available so you can still get a hold of the game to try it out, but the cut down Quickstart will be released when it's done. 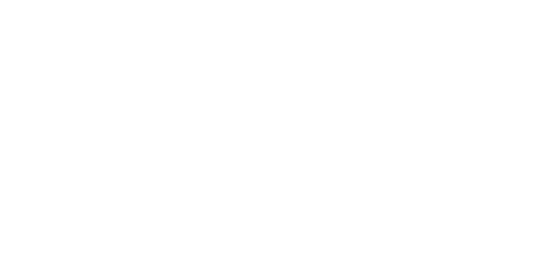 After it disappeared for a bit, I've reworked the As the Sun Forever Sets Discord. It'll currently only be open to people who own a copy of the game (paid or free).

If that's you, check your email shortly after this post goes live for the link. Come and hang out!

If you've grabbed a copy of the game after today, Alpha 2.2 will have an updated link for the Discord on the first page of the PDF, but the link in the Alpha 2.1 PDF no longer works. Send me a DM on Twitter and I'll invite you.